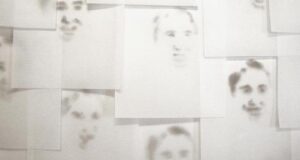 Minarovich Gallery, Elora Centre for the Arts
Presenting the recipient of the 2014 Middlebrook Prize for Young Canadian Curators

Can an exhibition be curated using Google search? And if so, what are the implications on knowledge formation, art-world social structures, taste-making, and other pillars of curatorial practice?

I’m Feeling Lucky, a wry reference to Google’s gamble option, is an experimental curatorial project that questions both the assumed authority of a curator and the ubiquity of Google as an epistemological tool. Using a number of pre-determined factors including media, region, and three thematic terms—“memory,” “knowledge” and “history”—curators Natasha Chaykowski and Alison Cooley assembled works by artists from across North America. The resulting exhibition, I’m Feeling Lucky, offers to a formulaic riff on the typical contemporary exhibition vernacular, while also engaging with popular exhibition themes like memory and the history of knowledge. At times tenuous while at others serendipitous, the connections between selected artists suggest both the unruliness of Google algorithms as curatorial tools, as well as their potential as mechanisms of mystery, chance and coincidence.

Bringing together work by Zoë Heyn-Jones, Elizabeth MacKenzie, Leslie Pearson, Alana Riley and Jessica Wiebe, I’m Feeling Lucky functions on two planes; it is at once an exhibition of contemporary art that examines history and collective memory, and is simultaneously an exercise in questioning the currencies of exhibition production. The exhibition plays with ideas about the popularity of curating in a digital age, the mechanisms by which artists gain exposure, and the circulation of knowledge in contemporary art.

In its second year, the Middlebrook Prize for Young Canadian Curators was set up to challenge and encourage young curators by offering entrants a chance to create an innovative exhibition at the Elora Centre for the Arts. A unique prize in the Canadian art world, the Elora Centre for the Arts sincerely thanks the Middlebrook Social Innovation Fund at the Centre Wellington Community Foundation for their support and dedication to contemporary artistic practice.

READ: Announcing the Winners of the 2014 Middlebrook Prize for Young Canadian Curators