The Elora School has stood for more than 160 years, serving students and the community.

Now a designated heritage building, over the years the structure itself has undergone numerous additions and renovations in order to meet the needs of growing student enrolment. For some, the resulting disarray of styles and forms leave much to be desired but, for the Elora Centre for the Arts, the building is a charming, historical treasure.

The southeast corner is the oldest part of the building. Erected in 1856, it served first as the girls’ school. A new boys’ school was constructed on the north side of the existing structure in 1866. Five years later, the village would see the controversial integration of boys and girls education. Another major phase of construction was undertaken in 1874 with the addition of the north wing that would house the public school students while the village high school moved into the original girls’ school.

Over the years, modern amenities were added. Electric lights and bathrooms were put in place in 1927 and the four furnaces installed in 1895 were later replaced by a central steam heating system (1935). The final addition to the building was the three-story structure on the southwest corner built in 1939 to serve a growing high school enrolment. This structure is believed to be the last stone building erected in the village of Elora.

In 1959 a new high school was built at another site and the Elora School reverted back to a public school serving various grade levels over the years until it was permanently closed in 1996. At that time, the original girls’ school was probably the oldest active school building in the province, and the 1939 addition was the last three-story structure still in use in the county.

One of the greatest contributors to the school was David Boyle, who served as Principal from 1871 to 1881. An important figure in Elora’s 19th century intellectual life, Boyle enriched the region with his pioneering work in geology and archeology. Many notable students also attended the school. Those who achieved respect outside the community include: John Connon, local historian and photographer and inventor of the panoramic camera; John Drew, lawyer, whose son George Drew became Premier of Ontario; Charles Kirk Clarke, psychiatrist, after whom the Clarke Institute of Psychiatry is named; and Marion Roberts, who married Fredrick Banting, the doctor credited with the discovery of insulin. Charles Broley, a student of David Boyle and avid birder, was one of the first ornithologists to identify the effects of DDT on birds; his work was later used by Rachel Carson in her groundbreaking book Silent Spring. 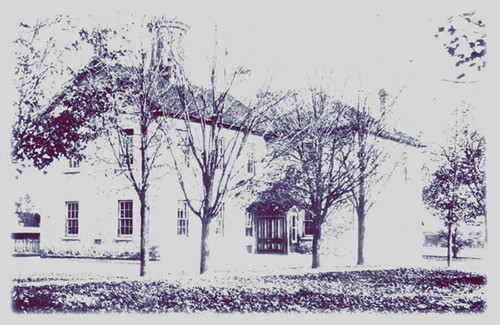 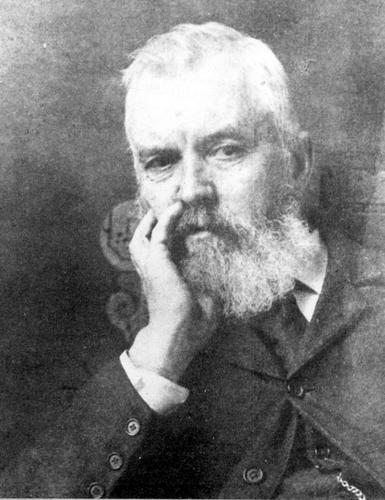 One of the greatest contributors to the school was David Boyle, who served as principal from 1871 to 1881.

A key figure in Elora’ s 19th century intellectual life, Boyle enriched the region with his pioneering work in geology and archeology. Though he possessed no formal training as a teacher, Boyle was preoccupied with theories of education. Going against the conventions of his time, Boyle believed that girls were fully capable of understanding scientific subjects and solving mathematical problems. He also rejected traditional teaching methods, instead developing a child-centred philosophy that encouraged reasoning and understanding, fostered by the student’s own natural curiosity about the world around them.

During his tenure at the school, six new rooms were added- one of which Boyle set up as a museum containing archeological specimens, minerals, curiosities, and other artifacts that he used as teaching aids. When Boyle moved to Toronto, he brought with him the indigenous artifacts and relics he had collected in the Elora area, eventually placing them under the care of the Ontario Provincial Museum. Since 1933, this collection has been housed in the David Boyle Room at the Royal Ontario Museum.

– Adapted from research by the Elora historian, Stephen Thorning