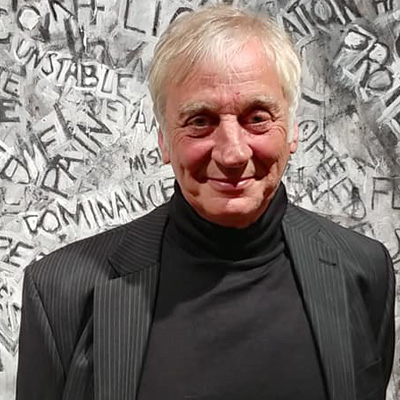 Born in Hythe, Kent England, Tim emigrated to Canada armed with a B.Sc. in construction technology.  After a relatively brief career in mining engineering field Tim started a completely new life as an artist. He enrolled at the Ontario College of Art and later studied in Florence and Paris.

Tim’s painting style ranges from impressionism to photo-realism, but his work is always inspired by the qualities of light.

Tim spent over 18 years in the Toronto film industry, accumulating scenic art credits on more than 40 feature films in Canada, US, England and New Zealand.  He is now living his life’s ambition as an independent fine artist.

Tim’s paintings have been exhibited at Toronto’s Harbourfront Centre, Kitchener Waterloo Art Gallery, The Harbinger Gallery, MacDonald Stewart Art Centre, Art Gallery of Windsor, Karger Gallery, Elora Centre for the Arts and Chimaera Gallery, UK among others. His work is in many private collections throughout Canada, England, Europe and the U.S.

In 2019, Tim had a solo exhibition in our Minarovich gallery called “The Air Conditioned Nightmare“.  He also featured some of his bright and fresh oil paintings in the Harris gallery during a satellite studio show in 2019.