As summer arrives, many of us dream of taking to the road. The ribbon of asphalt heading to the horizon becomes a symbol of freedom, where we can leave responsibilities behind.  As gas prices soar, however, our feelings about our vehicles becomes increasing conflicted.  This exhibition brings together four artists who examine what roads and vehicles mean to us.

Adrian Blackwell, Will Gorlitz, Margaret Lawther and Adrian Norvid, in their own unique ways, reveal the significance of the way in which we move ourselves via our cars and roads. Road Trip, in the Minarovich Gallery, will allow us to take the time to reflect on where we’ve been, where we are, and where we’re going.

Adrian Norvid, of Montreal, contributes two large-scale drawings of quirky vehicles.  “Losers Weepers,” depicts a rock-band’s decrepit touring truck. The sides of the truck are plastered with images of the musicians, satirical bumper stickers, and signs of Adrian’s warped wit.

For Will Gorlitz, roads are a theme he explored over a span of several years. Road Trip will include an early road painting, as well other works that show the development of the road theme within his work.  These diptychs, joined by a strong sense of space, are presented slightly askew on the wall, complicating the vanishing point.  The resulting images depict familiar Ontario landscapes made strange, as the roads draw our eyes into an implied but unknowable space between the canvases.

Margaret Lawther’s large format photographs are rich with information about our car culture.  Her ‘Autopia’ series looks at how our car obsessions shape our society, from car lots to gas stations, from parking garages to the open road.  Her photographs are taken with a sense of humour, and demonstrate a keen eye for how images collide in the urban environment.  Road Trip features two works in which billboards add surprising commentary to the larger scene.

Finally, visitors can step inside ‘Car Collective’ an installation by Adrian Blackwell that intends to destroy the hierarchy and isolation created by cars. This large tent-like structure will be erected in the grounds of the Centre On June 29th – July 1st. Within the space, non-profit organizations will be able to showcase their work in a public space while spreading a positive message and encouraging future activism within the public realm.

Margaret Lawther is a Canadian artist who has been practicing and exhibiting her work for over twenty-five years. She received her basic training in Vancouver. She then moved to Toronto, Ontario where she received further training at a graduate level. She lived and worked there until 1990 when she was hired by Bishop’s University to teach photography which she continues to do. She has exhibited extensively all across Canada in both commercial and artist run centers. She has also exhibited in Europe and the United States. Her recent project entitled: “Autopia” examines the phenomenon of car culture in both urban and rural situations. 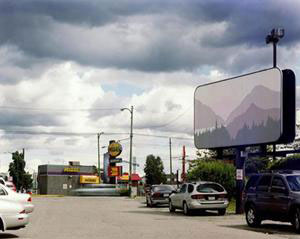 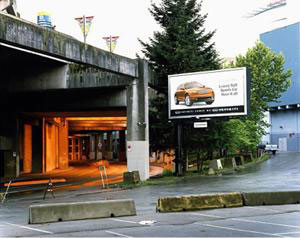 Adrian Norvid received an MFA from York University in 1986. His recent solo exhibitions include AKA Gallery in Saskatoon, Galerie B312 in Montreal and AxeNeo7 in Gatineau Quebec. His work was also featured recently in the “Other Worlds” exhibition at Jessica Bradley Art and Projects in Toronto. In 2005 he participated in the Symposium Internationale d’Art de Baie-Saint-Paul. He has upcoming exhibitions at Galerie Joyce Yahouda and the Societe des Arts sur Papier, both in Montreal. He currently teaches at Concordia University. Adrian Norvid works on very large format drawings exploring themes of underachievement, misbehaviour and decrepitude. 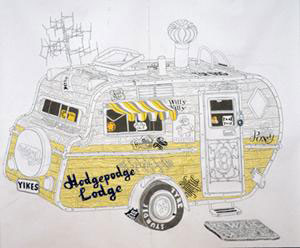 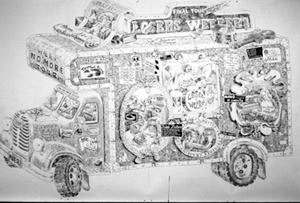 Adrian Blackwell is an artist, activist, teacher, writer and urban and architectural designer, usually based in Toronto.  His interdisciplinary practice concentrates on the spatial problems facing contemporary city. In 2005 he co-edited Unboxed: engagements in social space, with Jen Budney, a publication of writings by artists working between the disciplines of performance and architecture.  He teaches architecture and urban design at the University of Toronto in Canada and has taught at Chongqing University in China. Adrian was the Muschenheim Fellow at the Taubman College of Architecture and Urban Planning at the University of Michigan in 2004-05.  Current photographic research projects focus on Postfordist spaces of production in The Pearl River Delta in China and in Metropolitan Detroit. 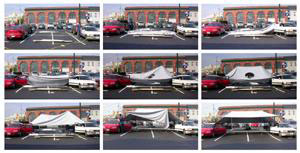 Will Gorlitz is a painter who has exhibited nationally and internationally in catalogued exhibitions including Galerie de l’UQAM, Shanghai Museum of Art, the Museum of Contemporary Canadian Art, McMichael Canadian Art Collection, the Art Gallery of Ontario, the Power Plant, the National Gallery of Canada and the Sao Paulo Biennale.  With an extensive history of private gallery exhibitions, Will Gorlitz is represented by Galerie René Blouin, the Michael Gibson Gallery, and most recently Birch Libralato, where an exhibition of new paintings was held in the fall of 2005.  His work has been featured in various publications, recently including the Globe and Mail, Border Crossings, Toronto Life, and Canadian Art.  Will Gorlitz is Professor in the Studio Art program at the University of Guelph.

Sponsored in part by: