Many great artists in modern history were in constant artistic and philosophical collaboration with peers in other disciplines – Stravinsky and Diaghilev, Mallarme and Modigliani, Xenakis and LeCorbusier. When artists enter discourse and work together true art is created: art that is the result of the process of communication, crosspollination, and the meeting of minds, spirits, and ideas.

‘LinguaElastic’ is a collaborative live performance piece involving spoken word poetry by Jill Battson and live electroacoustic sound art by Andrew Staniland. The development process included the parallel creation of poetry with the creation of a computer software instrument that interacts with the sound of the voice. The aim of the work is to present a strong form that is different every time it is heard, reacting both to the uniqueness of each spoken word, and to the artistic climate of the moment. This concept promises an exciting organic performance and experience.

The integration of poetry and electroacoustic sound art marks a fascinating meeting place. By using a live, speaking performer, together with electronic sound in the same piece, the work presents many interesting artistic challenges – both to creators and the audience. Electronically delivered music maintains an overwhelming presence in our daily lives, sometimes not as a substitute for live art, but as an entity to be enjoyed in itself. This melding is capable of producing a pallet of sound that exceeds any other medium, limited only by the imagination of the artists and subsequently, the audience, and at the same time, mirroring the dichotomy present in our current society, where we are in constant collision with electronic media. 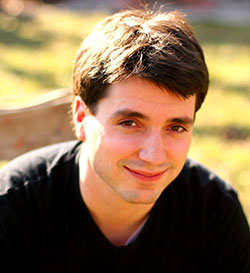 The title of the piece, LinguaElastic, confirms the intent of the installation – Elastic Language. A place where the acoustic, warm human voice meets the electronics of the computer instrument generating a soundscape of live sounds, electronics and music. Jill Battson’s poems woven throughout the piece question the idea of a meeting place between technology and humanity. The opening reception at 7:30 p.m. on Thursday, January 11, 2007, will feature a thirty-minute performance by Andrew Staniland and Jill Battson, and the ensuing installation over the following two weeks will allow the audience to interact with the constantly shifting, always unique soundscape, playing at different speeds and intervals. What is, in essence, a giant shifting sound mobile for the listener to discover.

Andrew Staniland has been appointed Affiliate Composer with the Toronto Symphony Orchestra for the 2006 – 2007 season. Recent commissions include works for the Amici Chamber Ensemble, the National Arts Centre Orchestra New Music Ensemble, and the Vancouver Symphony Orchestra. He recently completed his doctorate in composition at the University of Toronto, working with Christos Hatzis and Gary Kulesha. Andrew has been described as a composer whose “striking musical ideas are perfectly complemented by his superb compositional technique. … [He] will emerge as one of the most individual voices in this country” (National Arts Centre Press Release, November 2002). He has received several awards for his work, including four prizes in the SOCAN young composers competition, the 2004 Karen Keiser Prize in Canadian Music, and the 2004 Toronto Emerging Artist Award. andrewstaniland.com 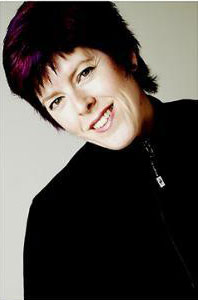 Jill Battson is an internationally published poet and poetry activist. Her first book ‘Hard Candy’ was received to great acclaim and nominated for the ‘Gerald Lampert Award’. She has written several plays and solo works, including ‘How I learned to live with obsession’ and ‘Ecce Homo’ – an enhanced monologue for dance and voice. She has also written the libretti for two short operas ‘Netsuke’ and ‘Ashlike on the Cradle of the Wind’ (with Andrew Staniland) produced by Tapestry New Opera Works. Jill’s latest book of poems ‘Ashes are Bone and Dust’ was released in spring 2001.

Sponsored By:
The Canadian Music Centre gratefully acknowledges the support of the SOCAN Foundation and the Government of Canada through the Canada Music Fund.